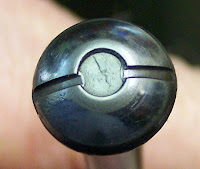 Starting in 1953 Chevrolet dropped the hole in the seat and grooved pushrod.
The 1953-62 Chevrolet 235 lifter, the style without a hole in the pushrod seat,  has no place for the air in the lifter to escape as the oil enters on initial filling( if installed without prefilling). Most Chevrolet shop manuals give you instructions on disassembling each lifter and prefilling them to assure that there is no trapped air, but most people mistakenly skip this step.

If you study a 235 hydraulic lifter you will see an oil supply hole in the side of the lifter body. Oil coming from the engine oil galley enters this hole. This hole lines up with a groove around the lifter plunger. The groove in the lifter plunger has a hole in it so the oil can flow into the center reservoir. From there it is drawn down through the check valve into the lower working area of the lifter each time the plunger makes an upward movement inside the body. This happens every time the valve it has opened closes. The spring inside of the lifter pushes the plunger back up as far as it will go.

Every time the engine is shut off all the lifters that are still holding a valve open bleed the oil from the lower working area up between the plunger and the body (this due to valve spring pressure). As the oil reaches the groove around the plunger it is directed back through the supply hole into the reservoir.  This next part is very important! This also happens a little bit every time a valve is opened while running. 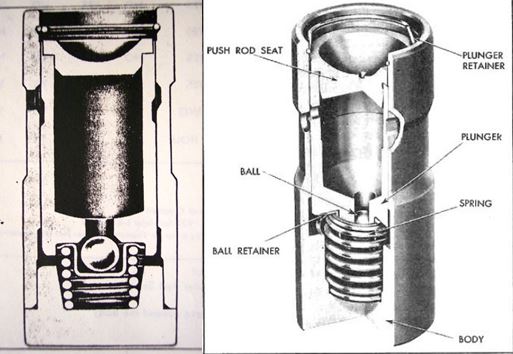 As I stated above 1953-62 Chevrolet lifters do not have a hole in the pushrod seat, but most aftermarket replacement lifters do.

There is an easy fix for engines that have lifters with a hole in the pushrod seat.
You can do it with the lifters still in the engine.
By making a simple groove from the center of the bottom of each pushrod out to the edge any trapped air can escape.  The grooves do not need to be very deep, just enough to allow air to escape.

I have started venting lifters that do not have a hole in the pushrod seat.
This can be done with a cutoff wheel on a Dremel. Here are some pictures. 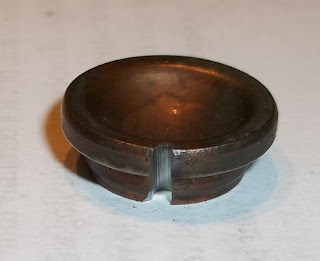 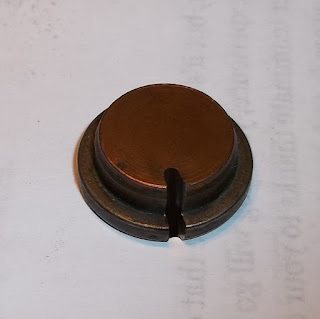 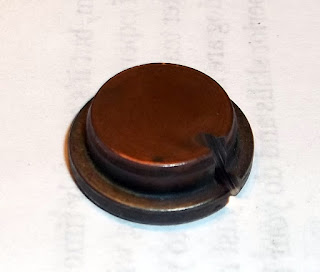 
A second problem lifters can have

Oil never bleeds out of a lifter when the engine is off.
They do bleed down but the oil just goes back into the top reservoir area of the lifter.
The first time the valve closes that a lifter is holding open, the spring in the bottom of that lifter pushes the plunger back up and oil is drawn through the check valve back into the working area and the lifter is ready to go.
If they click on start up it is because the plunger gets stuck in the bottom of the body after they bleed down while the engine is off and cools. As the lifter warms the body expands more than the plunger and releases the plunger and the lifter starts working correctly. This can happen with new lifters where the plunger is too tight in the body, and it can happen on old lifters that have gummed up internally.
If this is happening with new lifters they will wear in after some break in time and work correctly.
Used lifters would need to be disassembled and cleaned.