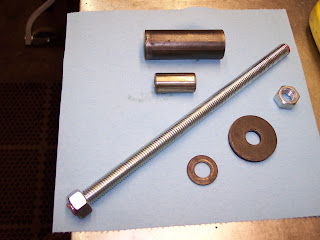 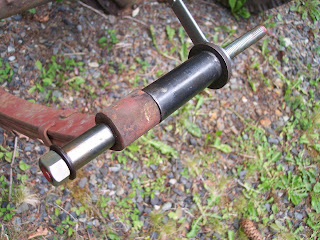 The process:
1. Oil threads of All-Thread and OD of new bushing.
2. Thread the All-Thread through old bushing far enough for new bushing , washer, and nut to be installed.
3. Screw new bushing on All-Thread.
4. Next attach washer and nut (washer and nut act as a stop to prevent pulling the bushing in too far and to protect the threads, as the ID of the bushing is a slightly loose fit on the  5/8" All-Thread).
5. On the other side, slide on the 1" pipe and washer, and then put nut on.
6. Center pipe over bushing being removed, then tighten nut and washer against pipe to draw the new bushing in, forcing the old bushing out into the pipe (use the same procedure for the frame mount bushing). 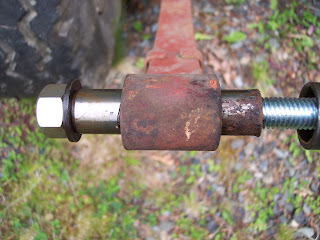 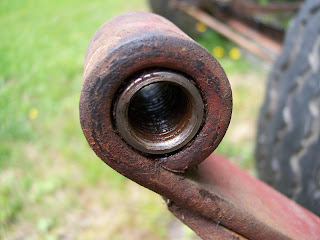 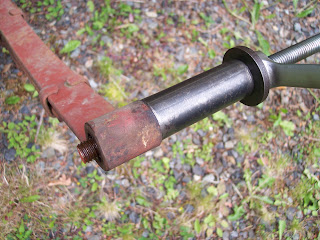 Next are three pictures of the old worn pin and bushing 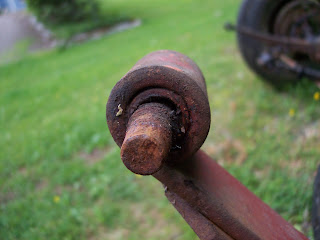 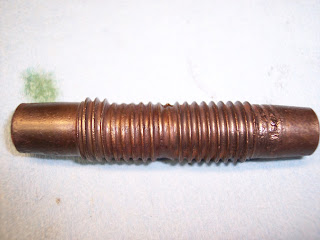