There is a lot of misunderstanding when it comes to the Drilled Head Bolt.

The drilled head bolt is only needed when you are using 1958 or earlier rockers on a 1959-62 engine.

Up through 1958 there is a 1/16" orifice restricting the oil flow to the rockers.
Starting in 1959 they increased this orifice to 11/32" (the same size of the valve stem).
At this same time the overflow tube on the rocker connector was pinched off putting all the oil to the shafts. Also at this time the groove inside each rocker was offset 1/4" so it did not line up with the oil supply hole in the shaft. This was done to pressurize the shaft.

If you use the rockers and rocker connector tube made for 1958 or earlier engines on a 1959-62 engine you will get too much oil from the rocker bleed holes.
The drilled head bolt was designed to cure this problem.

If you lay a head gasket on your block you will see a triangle cutout around the center head bolt on the lifter side. In this triangle you will also see another hole. This is the rocker oil supply hole. Oil came from this hole, through the triangle area, over to the head bolt, up around the bolt, through a horizontal drilled path, over to the rocker connector tube.

If you are using 1958 or earlier rocker parts, Chev supplied a plug to be put in the supply hole in the triangle spot you see in the head gasket. This blocked the original oil path. Then the drilled head bolt is used in this center bolt hole, (the same hole that is in the gaskets triangle area). This bolt is drilled with a 1/16" hole. This was then the new path for the oil, and the same matching restriction that the rockers were designed for. 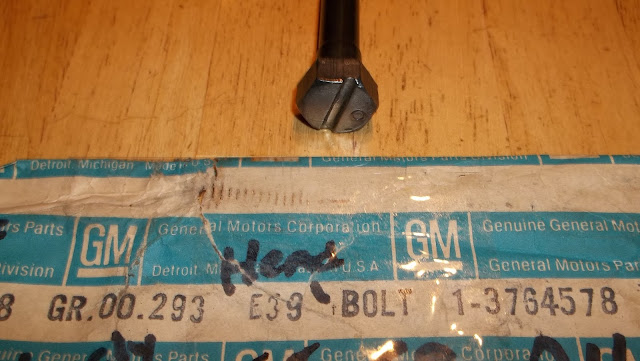 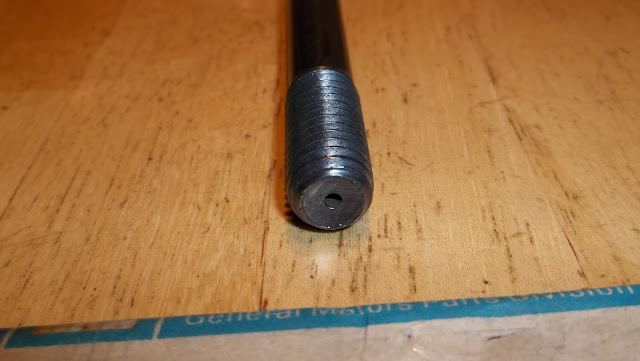 This picture shows the original oil path used starting in 1958 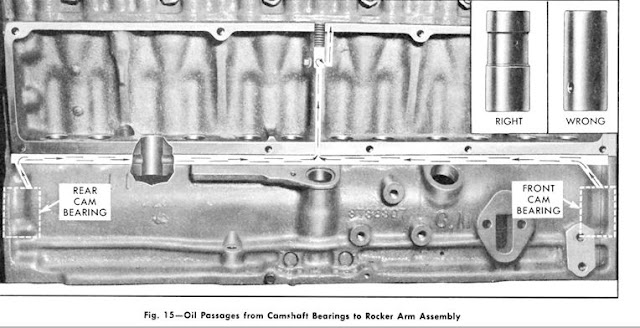